InDesign crashed and when I re-opened it, it only gives me older versions of InDesign files that I did save. Is there any way to recover the more recent versions of the files before the crash?

There are many reasons that may corrupt Adobe InDesign files partially or completely, like system crashes, mistaken deletion, virus attack, power failure, hard drive issues and more. But do not worry about that. It is still possible to recover InDesign files on Mac. You can get your long-time project back with some help here.

1. How to Use InDesign on Mac

Adobe InDesign is a useful design for print tool. You can create brochures, leaflets, menus, flyers, presentations, books, business cards and more. To be more specific, you can add text, images, tables and many other objects with the desktop publishing software.

Just like other Adobe products, you can get filters and features with a strong Adobe style. If you are good at Photoshop and other Adobe programs, you can be familiar with InDesign quickly too. Actually, you can get many Adobe InDesign tutorial videos and articles online. Well, if you want to increase productivity, here are some tips you can use for running InDesign on Mac.

Step 1Hold down Spacebar to toggle the Hand tool with InDesign quickly.

Step 4Hit W to shut off everything in InDesign, including guides, pasteboard and frame edges. Later, you can hit W again to regain those tools. 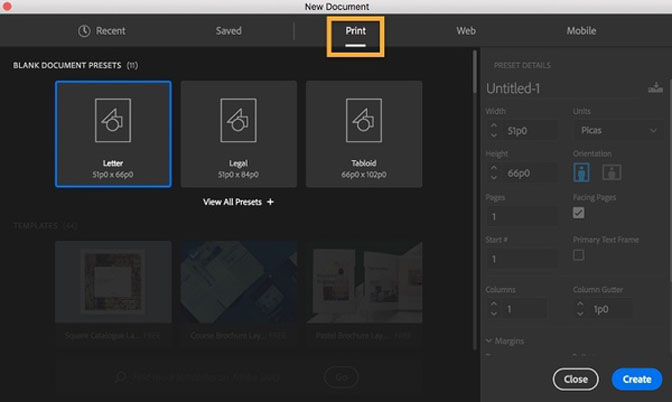 2. How to Recover InDesign Files on Mac

When you find that your .indd, .indt or .indb files are deleted or lost, you had better stop using your Mac computer before InDesign file recovery. Because the new-saved files will replace and overwrite your deleted InDesign files permanently. It is a good way to increase the success rate of InDesign recovery.

InDesign has the automatic recovery feature. Thus, you can recover InDesign files on Mac that were not saved due to these or those reasons here.

Step 2If the built-in InDesign recovery process does not work, you can go back to the desktop. 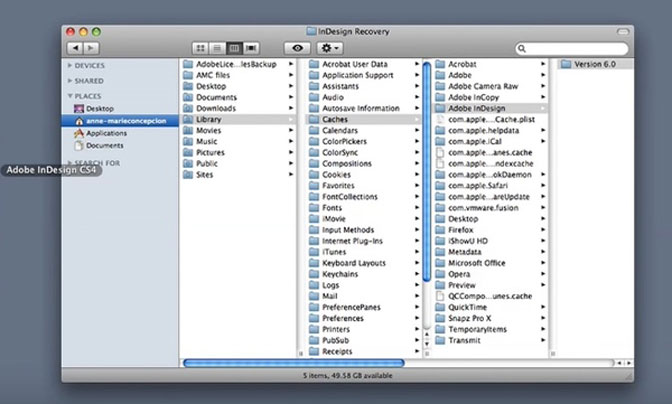 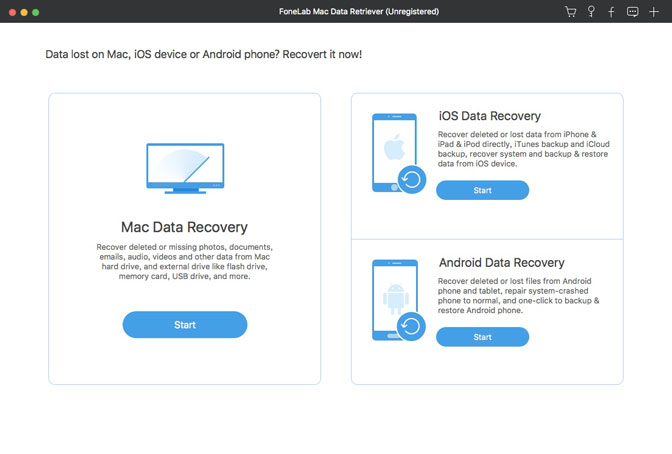 Step 2Select the file type and disk location according to your InDesign data. Click Scan to scan the selected disk volume immediately.

Step 3Open your InDesign folder in the left pane. If you cannot find your InDesign file, you can use the Search engine or set the Filter information on the top. 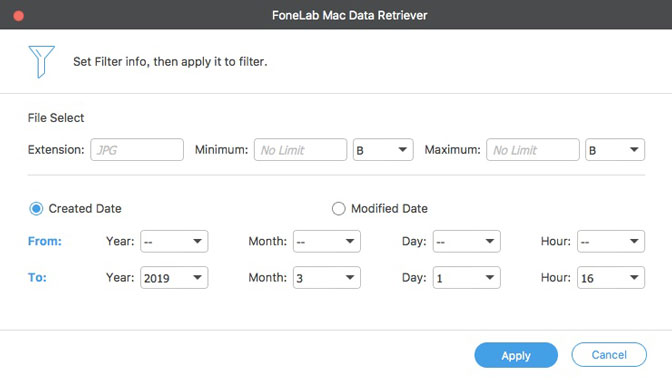 Step 4Click Recover and change the default destination folder to save InDesign recovery files if necessary. At last, you can confirm to recover InDesign files on Mac. 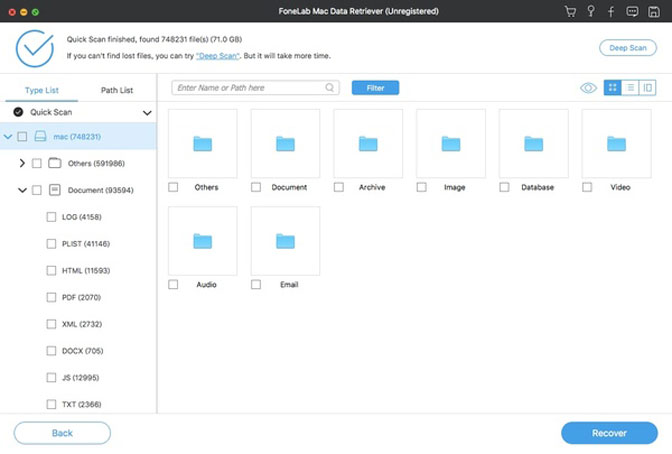 Please don’t delay in using InDesign recovery for Mac software. It is 100% free to scan and find your InDesign files on Mac. You do not need to pay until you are sure that you want to recover the lost or deleted files in Adobe InDesign here. In a word, FoneLab Data Retriever is worth to free download and have a try.