Today, we are facing so many video formats that we do not know which we should use. MP4 and MPEG, for example, are two commonly used video formats, but many people asked whether they are the same. In fact, they are totally different video formats. That is why MP4 to MPEG converter is needed. In this article, we are going to share multiple ways for average people and tech-savvy to convert MP4 videos to MPEG format on Windows and Mac quickly.

1. Why You Should Convert MP4 to MPEG

MP4 is a compressed video format. As a long-standing file format, almost all media players and digital devices are compatible with MP4. The video quality is the biggest problem.

MPEG, stands for Moving Pictures Experts Group, which is the digital video compression standards created by the ISO Group. The MPEG videos are compressed using either MPEG 1 or MPEG 2. It makes MPEG videos perfect for online distribution. That is why you need to convert MP4 to MPEG.

2. The Easiest MP4 to MPEG Converter

How to identify the best MP4 to MPEG converter program? Firstly, it should be easy to use. The output quality should be optimized. Video editing tools are the bonus item. FoneLab Video Converter Ultimate can meet all your needs.

In short, it is the easiest way to convert MP4 to MPEG without losing quality.

How to Convert MP4 to MPEG

Step 1Get the best MP4 to MPEG converter

Before you stream or upload MP4 online, you may want to convert MP4 to MPEG. Download and install the best MP4 to MPEG converter program to your computer. Then launch it to start doing the job. 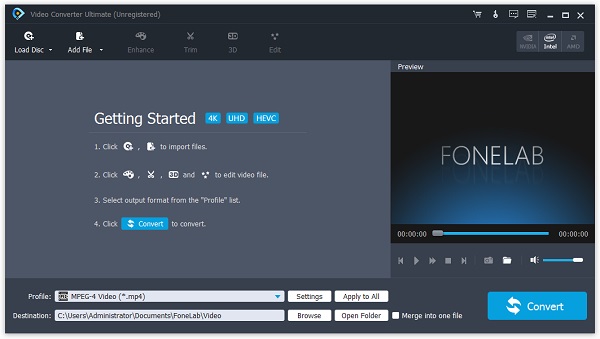 Click the Add File menu on the top ribbon to trigger the open-file dialog, go to the folder saved your MP4 files, select them and click Open to add to the program. Alternatively, you can drag and drop the MP4 files into the main interface to load them. After loading, video files will appear in the library panel. Here you can preview them with the built-in media player on the right side. 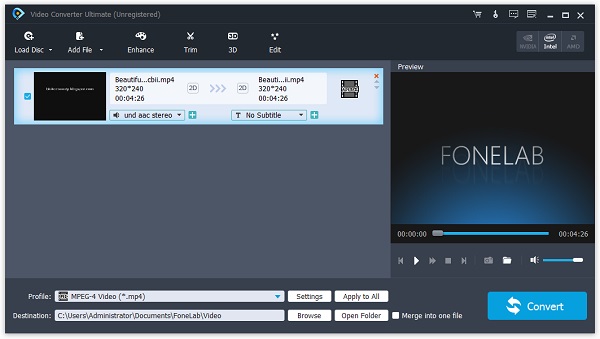 Note: If you want to edit the MP4 video, click the Edit button to open the video editor window.

When you are ready, go to the bottom area. Expand the Profile drop and choose .mpg from the General Video tab. Next, click the Browse button and select a specific folder to store the output. Finally, click the Convert button to start converting MP4 to MPEG. 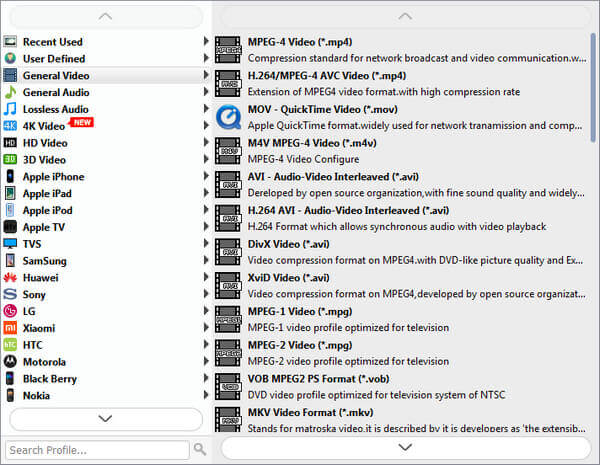 Freemake Video Converter is a free MP4 to MPEG converter now, though it needed to purchase at first. It is a simple way to produce MPEG videos from MP4 files. When installing the freeware, you should be careful since it will get extra programs.

Step 1Open the video converter from your desktop, and click the Video button on the top ribbon to add the MP4 files that you want to convert.

Step 2Press the rightward and leftward icons to find the to MPEG option at the bottom, and select it. 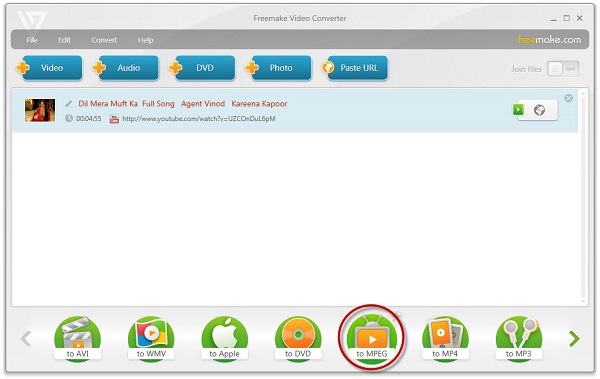 Tip: If you want to change codec, open the MPEG preset editor dialog, and decide to convert MP4 to MPEG 1 or MPEG 2.

Step 3On the popup, set the destination folder and click Convert button to initiate the video conversion process. 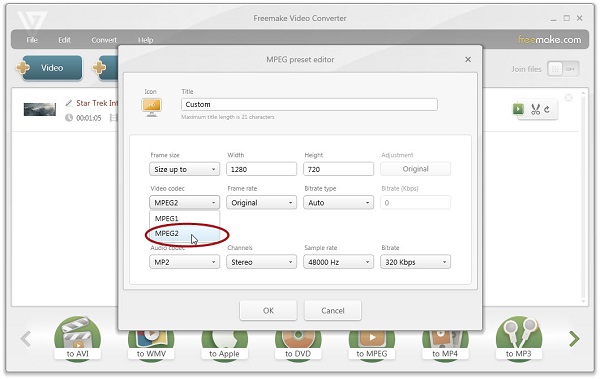 4. Convert MP4 to MPEG with FFmpeg

FFmpeg is not a single MP4 to MPEG converter program, but a kind of program language. For tech savvy, it is the easiest way to convert video file formats. 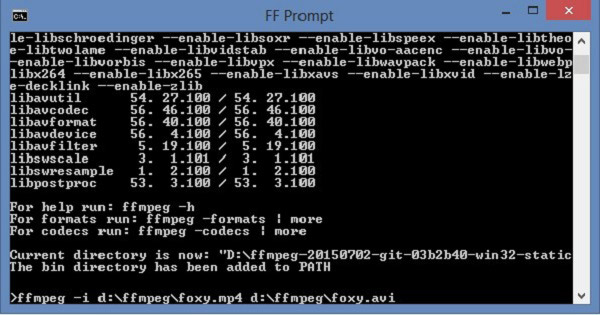 Step 1Download right version of FFmpeg from official website, and install it on your machine. The workflow is a bit complex, and you can find the detail on the internet.

Step 2When FFmpeg is enabled, open a command prompt window, type in  # FFmpeg –i original-video.mp4 final-vidoe.mpeg and hit Enter key to execute it.

MPEG can produce better quality and smaller file size, so it can be streamed and downloaded quicker than MP4 in the same condition. With the MP4 to MPEG converters shared above, you might understand how to convert your MP4 files to MPEG videos on Windows and Mac OS X. Apparently, FoneLab Video Converter Ultimate is the easiest way to do it. Other questions? Please leave a message.