When shooting a video with an iPhone, you have the option of selecting the output speed from Time-lapse, Slow-mo, and Normal Speed on your iPhone camera. Despite this, because it is merely a default feature of your iPhone camera, you cannot alter how fast your output is. But what if you want to speed up your video? For instance, you prefer to have a glance only at your video even downloaded video rather than watch it thoroughly, or you like to speed it up to skip the less necessary part of your video. However, speeding up video is not as easy as you think. Well, that is not a problem anymore. Here in FoneLab, we guide you on how to speed up a video on iPhone.

1. How to Speed Up iPhone Video (Slow-mo) on Photos App

Sometimes watching a slo-mo video is boring, especially when you are in a rush or simply there is no need to have your video in slow-mo. But how do we exactly speed up videos on iPhone? It is not a difficult task since you do not have to download or install any additional application. By using the built-in feature on your iPhone’s Photos app, you can quickly speed up your video just by tapping away. Here’s how you do it.

Steps on How to Speed Up iPhone Video (Slow-mo) on Photos App:

Step 1On your iPhone, open the Photos app, then scroll down to select the Albums tab. After that, select the Slow-mo folder to access your slow-mo videos.

Step 2Tap the slow-mo video that you want to speed up, then tap the Edit on the top-right corner of the interface.

Step 3On the bottom of the screen, the video timeline is displayed as a series of vertical lines. Just drag those lines until the sections of the video are close together and narrowed.

Note that the sections of the video that are filmed in standard time are represented by lines that are close together. The video's slow-motion section contains widely separated lines as well as slightly larger end caps that indicate where the slow-motion filming starts and ends.

Step 4Lastly, press the Play button to see the sped-up version of the video, then tap Done in the top-right corner of the screen to save it.

Besides the iPhone photos app, you can also use some third-party applications from App Store.

2. How to Speed Up Video on iPhone via iMovie

iMovie is an app to speed up video on iPhone that can only be installed on Apple devices. It is designed to provide a comprehensive yet straightforward feature for video editing that helps you get the most out of your video as quickly as possible. It offers a simple user interface with a timeline, preview window, and media browser that contains tools for changing and editing video color settings, cropping, merging, and rotating video clips, stabilizing movies, and adding video transitions, and other things in video editing.

Step on How to Speed Up Video on iPhone via iMovie:

Step 1On your iPhone, go to the App Store then download iMovie and open it. If prompted, allow the app to have access to your media files by tapping the Allow Access to All Photos.

Step 3After that, select the video file you want to speed up and tap the Create Movie on the lower center part of the screen.

Step 4Tap the video's timeline to reveal the editing options at the bottom of the screen. After that, on the pop-up selection, tap the Clock icon to access the playback speed controls.

Step 5Lastly, move the slider according to your preference and tap Done. After that, tap the Share button and tap Save Video to save the video with its speed changed.

Note that since the iMovie application is designed for a quick video editing task, you have to know that it is limited in some functions. Whereas it does not allow you to have a more advanced editing tool unlike what FoneLab Video Converter Ultimate does. With that in mind, it is enough talking, and let’s proceed on how to use it.

3. How to Speed Up Video with FoneLab Video Converter Ultimate

Speeding up video is only one among the many features supported by FoneLab Video Converter Ultimate. It is a program that supports an all-in-one functionality that includes nearly all professional tools, especially for customizing and editing almost all video and audio file formats. Aside from that, it also has the main menu panel for ripping, creating MV and collage, and a toolbox that contains 3D Maker and GIF Maker, Video Speed Controller that you can use to change video speed for iPhone, and many more that comes with a user-friendly layout and simple navigation buttons.

Steps on How to Speed Up Video with FoneLab Video Converter Ultimate:

Step 1First, go to the official website of FoneLab and download FoneLab Video Converter Ultimate, then install it on your computer. Upon installation, it will automatically open. If not, simply tap the program’s icon on your desktop. 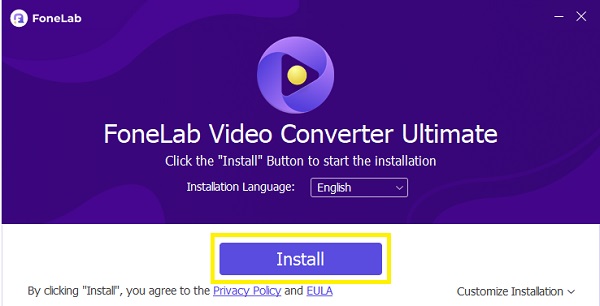 Step 2On the program’s main interface, click the Toolbox on the main menu panel and select Video Speed Controller from the tools available. 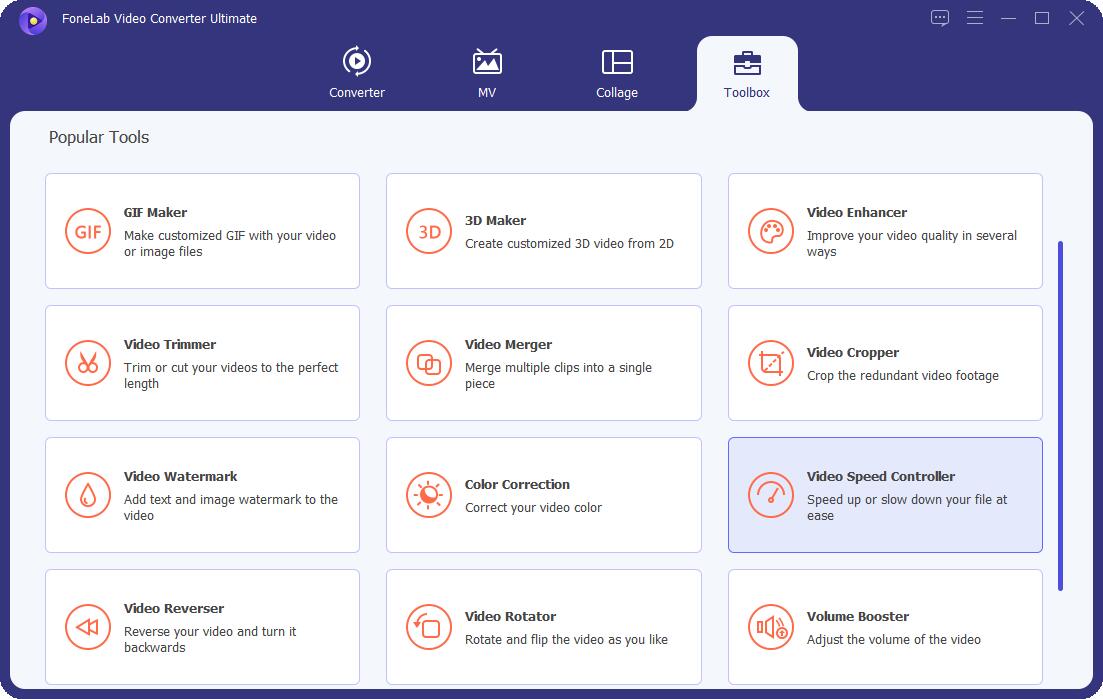 Step 4After that, simply tap the speed number to select the pace that best suits your needs. It's worth noting that the larger the number, the faster the video will be, similar to how to speed up video on iPhone more than 2x by tapping the number higher than 2.

Step 5When you’re satisfied with the speed you want, simply tap the Export button, and it will be saved on your computer.

4. FAQs about How to Speed Up Video

1. Will the file size of my video be reduced if I speed it up?

2. What is video bitrate?

The amount of data required by your encoder to transmit video or audio in a single second is referred to as bitrate. CBR (constant bitrate) and VBR (varying bitrate) are the two primary types of bitrate (variable bitrate). Bitrates have a direct impact on the size and quality of your video files. The better the video quality and the larger the file size, the higher the bitrate.