For iOS 10 and earlier users, People can use AirPlay or Quicktime recorder, which supports Mac computer or Apple TV very well to mirror their iOS devices to a bigger display. Then record iPhone screen after that.

Apple released a new screen recording feature that comes on iPhone with iOS 11 and later versions, so users can simply enable this feature and capture iPhone screen.

As Apple dropped the Windows platform from the supported list,  you should focus on some good options that are available for you. In this post, we will show you some quick ways to solve these problems.

1. How to Mirror iPhone to PC

As you know, you are allowed to mirror iPhone to Apple TV or macOS computer with ease. It is not doubt that your iPhone screen on supported devices. What if you want to mirror iPhone to PC which is running Windows? Obviously that few people know the methods.

Some people have found that there are many free tools to help you do this. Like LetsView, iTools, It is no doubt that they are workable methods, but you should also learn more about their shortcomings, such as its limited devices, recording times, annoying ads and watermarks, etc.

For people who want clear and professional-like recordings, it is recommended to choose a better one from tons of options including Reflector, Lonely Screen, Apower Phone Manager...

In this part, we will take ApowerMirror as an example and show you proper steps.

Step 1Download and install ApowerMirror on both computer and iPhone. Then run them.

Step 2Connect iPhone via USB to enable game keyboard if you are going to record iPhone gameplay. Choose iOS on computer screen to mirror iOS to PC. 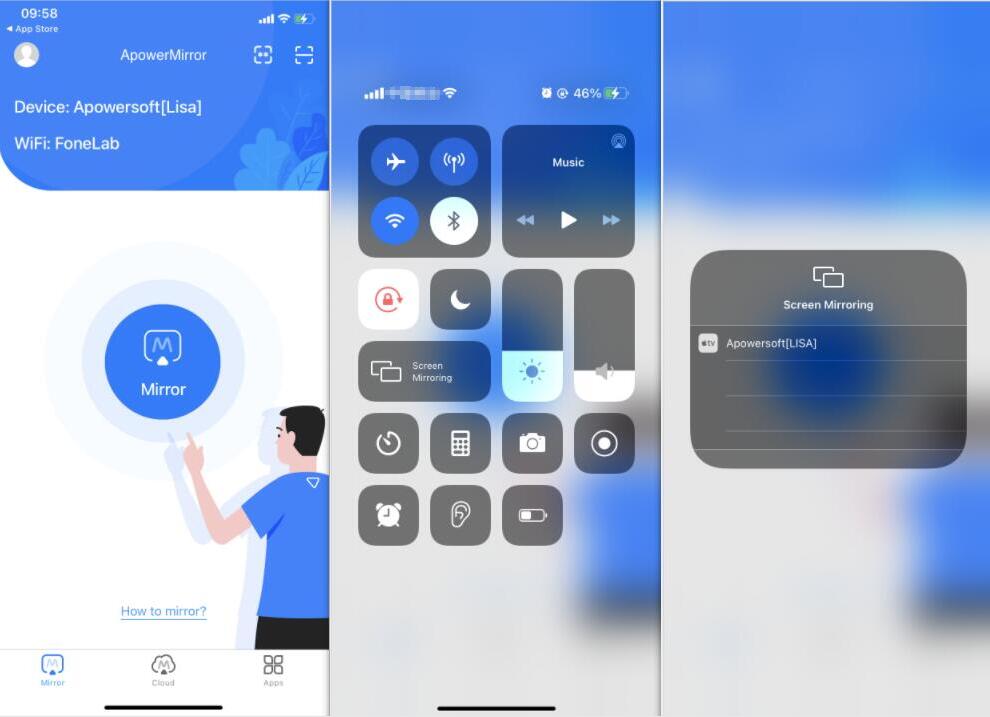 In addition, you can customize hotkeys, record full screen display, remove ads and watermark if you need.

After mirroring iPhone to PC, you can move to the following parts to learn how to record iPhone screen on PC in different ways.

2. How to Record iPhone Screen on PC Free

If you are a Windows 10 user, the first way to record iPhone screen on PC you should try is the built-in Game Bar.

How to Record iPhone Screen on Computer with Game Bar

The Windows 10 comes with this Game Bar feature, which is helpful to capture gameplay on Windows computer without additional downloading. You can check below instructions.

Step 2Check the box next Yes, this is a game in the pop-up window.

Note: You can find your recording files through C:\Users\win 10\Videos\Captures.

3. How to Capture iPhone Screen on PC with ApowerMirror

As a wide-range ultimate tool, ApowerMirror is a mirror tool to help you mirror Android or iPhone to PC, as well as take screenshots, add annotations, and more. As it can been seen, there is a recording icon on the right side of the program interface on computer. You can directly click it to begin recording iPhone screen on PC. 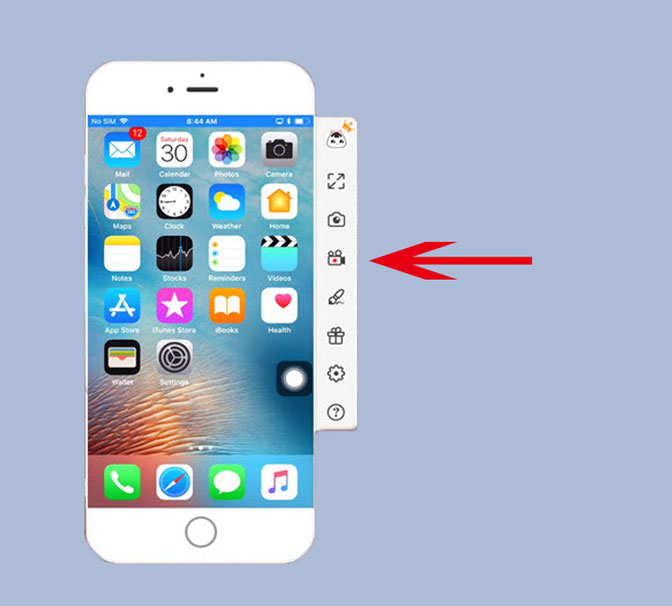 Well, webcam recording is not mentioned in the tutorial statement. What should you do if you want to record screen with webcam to add commentary to the recording?

That's what we are going to tell you in the next part.

4. How to Record iPhone Screen on PC via FoneLab Screen Recorder

To be an outstanding screen recorder, FoneLab Screen Recorder enables you to record screen video, microphone, system sound and webcam with ease. It also can add annotations during recording, customize hotkeys, and more like other tools. More importantly, it can record around your mouse, exclude unwanted windows, choose start and end points, etc, to satisfy almost all your requests.

Can’t wait to know how to use it? Below is the tutorial.

Step 1Visit FoneLab Screen Recorder official site and download it. Then follow the instructions to install it. After that, run it on computer with ease.

Step 2You can see Video Recorder on the interface, click to select it.

Then click Custom on the left side and drag to choose the iPhone screen on your desktop as your recording area. You can also enable system sound, audio or webcam accordingly.

Step 3Click the orange REC button to begin recording. Then you can just do what you want to record on your iPhone.

Step 4Click stop icon when it is done. Then click the save icon and choose a folder on computer to store your files.

That’s all about how to capture iPhone screen on PC. After comparing to other tools, FoneLab Screen Recorder should be a wise choice for you because of its efficiency, convenience and features. Why not download and have a try now!

We are constantly working to show you answers to the most sought after questions that you care about. If you have more questions, please leave comments below.