How to Record Gameplay on Windows 10 - Game Bar and Alternative

Desktop game is one of the main entertainments on computer in people's spare time. Along with time goes, they not only play games online or offline, but also attend to share the gameplay with friends and other people who are interested in the same game. That's why people would like to record PC gameplay including record Switch gameplay on PC, Fortnite PC gameplay, record PS4 gameplay on PC and many others.

If you are one of them, you have come to the right place. This tutorial shows you how to record Gameplay on PC for YouTube, Twitch, etc with Game bar and FoneLab Screen Recorder in detail.

Part 1: How to Capture Gameplay on PC with Windows Game Bar

From Wikipedia, there are about 45.3% Windows users, while 29.2% Mac users. However, more than 90% of desktop computer game players choose Microsoft Windows rather than Mac, Linux or others.

In order to provide better experience when you are playing games on computer, Windows 10 comes with Game bar and Game DVR.

Game bar is a feature that comes with Windows 10, you can use it to take screenshots, record screen video and audio, and stream what you want directly. It is a free and convenient tool you should have a try.

How to Use Windows Game Bar

Before we dive in, you can enable Game mode on computer to get better experience. Then follow below demonstration to begin recording gameplay.

Check the box next to Yes, this is a game in the pop-up window. 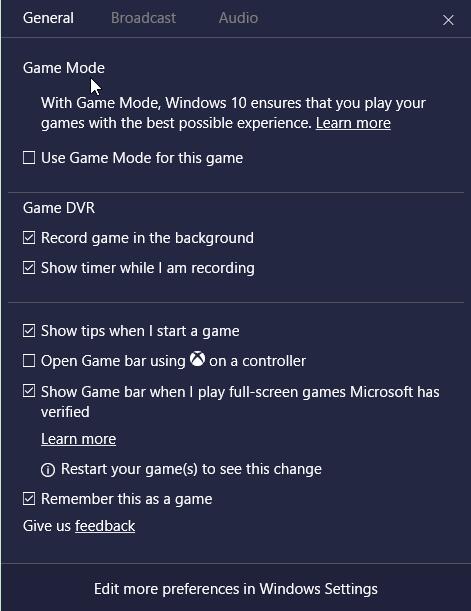 Step 3If you want to record microphone sound, tick the box under the window. Then click the red button to begin recording.

Step 4Finally, click stop button when it is done. You can find your recordings in folder C:\Users\win 10\Videos\Captures. You can find the default location through Start menu > Settings > Gaming > Game DVR.

Game bar has some shortcuts which can help you access what you want quickly as below. You can also check and change it through Start menu > Settings > Gaming > Game bar.

If you don’t want Windows bar showing in full-screen games, you can disable it through Settings > Gaming > Game Bar > toggle off the box next to Show Game bar when I play full-screen games Microsoft has verified. 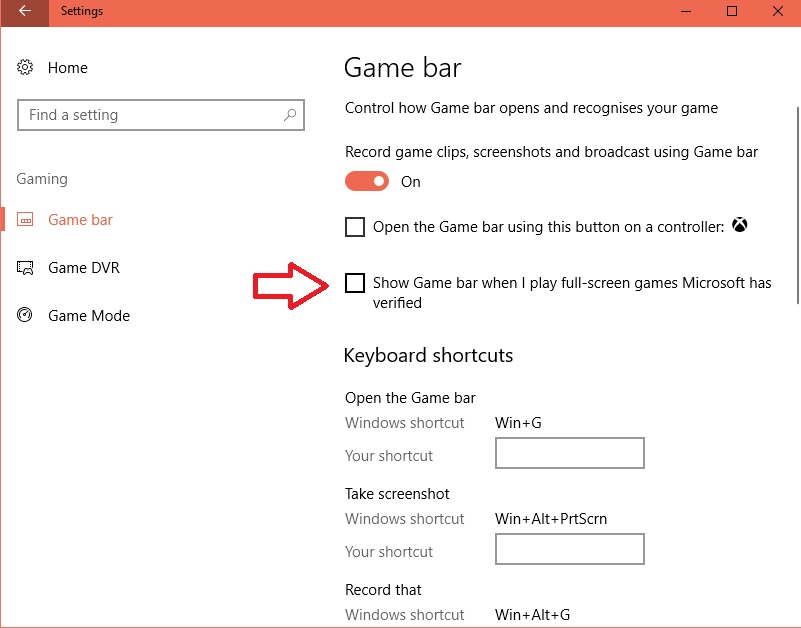 Game DVR controls how you capture your game via screenshots and game clips. You can capture your screen in the background to enable games minimizing to desktop on Windows 10, set the maximum recording length, record audio and microphone, adjust volume, set video frame rate, choose video quality and capture mouse cursor in recording.

As Game bar records games and certain apps on computer, it is unable to help you capture screen if the content you want is not supported. It is also the main reason we will suggest that you should always have an alternative to Game bar on Windows.

You can find tons of screen recording options on the internet. Each one has its own features, it is not easy to figure out which one is the best. However, FoneLab Screen Recorder is highly recommended to you here as it stands on the edge over other competitors. Below are the reasons.

How to Record Windows Gameplay with FoneLab Screen Recorder

You should go to official site and download the program, then follow the on-screen instructions to install it. Then it will be opened automatically. You can follow below steps to record gameplay on computer.

Step 3You can paint, add shape, line and others during recording. Finally, click stop button and save the videos wherever you want.

As you can see, it is really safe and easy to use. And record gamplay on PS4 is also available. Why not download and have a try now!

If Windows 10 Game bar not working, you should go to Start menu > Settings > Gaming > Game bar to ensure that it has been enabled already. If it does, turn it off, and then activate it again later.

If Windows game bar not opening, you can try shortcut Windows + G to open it.

If screen goes black when playing games on Windows 10, you can reboot your computer or check your game settings to fix the issues.

How to Activate Game Mode Windows 10?

Go to Start menu > Settings > Gaming > Game mode and toggle the button on.

If you have more questions about recording gameplay on PC, please leave comments below.