Move your data between phone and computer.

The Samsung Music app is the default music player for all Samsung Android devices. You can play audio tracks in MP3, WMA, AAC and FLAC formats with Samsung Music. Thus, if you want to listen to music without the Internet connection, you can add music to Samsung Music app for offline playback. Of course, you can download music on your Samsung phone too.

It is easy if you want to move the downloaded music on your phone from elsewhere to the Samsung Music app. But how about transferring music from other devices? Don’t worry. Here’re 3 quick ways to put music on Samsung and any Android phone or tablet.

Is it possible to switch the downloaded songs, ringtones and audio tracks between two phones without the same OS? Well, FoneLab HyperTrans is exactly a smart file transferring tool you are looking for. It allows users to put music on Samsung Galaxy S10/9/8/7 quickly, including the downloaded, purchased, favorite songs, audiobooks and more music files.

You can manage and choose which song to transfer to Samsung phone with the fastest file transferring speed. No data loss error will be caused. Thus, you can feel free to add music to the Music app on Samsung here.

Step 1Launch FoneLab HyperTrans. Plug your Samsung phone to the computer with a lightning USB cable. You need to trust this computer to enable USB debugging. 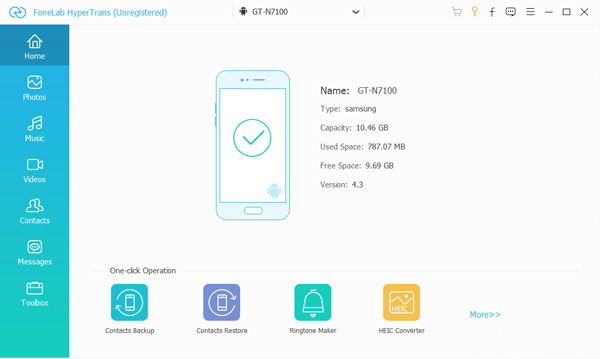 Step 2Click Music in the left pane. The program will detect all your audio tracks stored on your Samsung phone. You can see the result in the main interface.

Step 3Click Add and select the tracks you want to add to Samsung. If you want to add music to Samsung Music app from another phone, you need to connect that device to the computer too. Later, click Export to export music to your Samsung phone. 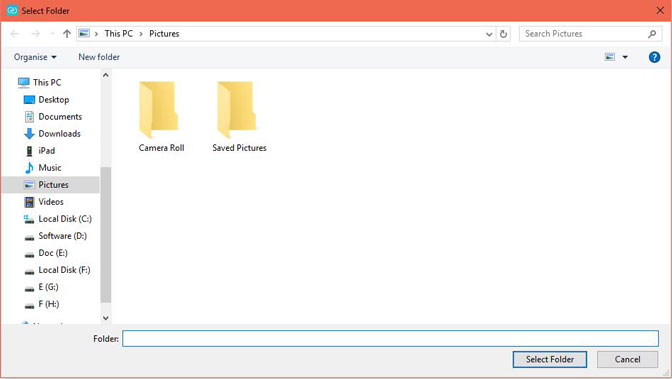 Step 2Choose an album or playlist from My Library.

Step 6Choose Move to and set the Samsung Music Player folder as the destination. Now you can put music on music player on Samsung. 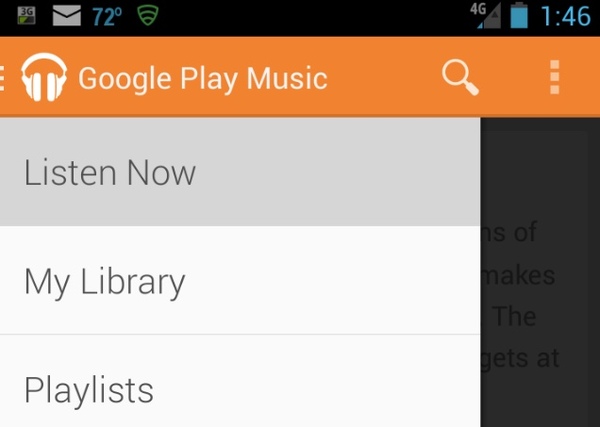 Step 4Here you can download music on Samsung Music app. 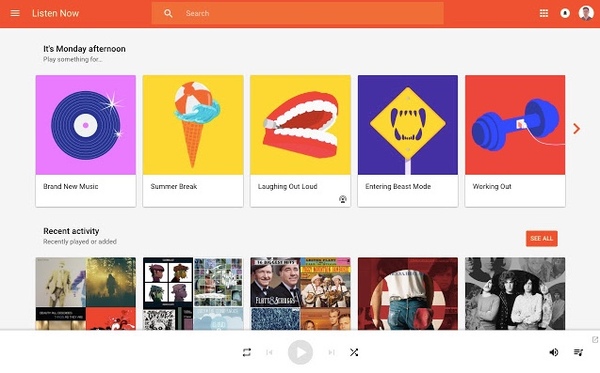 Part 3. Add Music to Samsung Music App from PC or Mac via a USB Cable

You can transfer files from Android to PC or PC to Android via USB connection. For Mac users, you need to install Android File Manager before adding music to Samsung Music app.

Step 1Connect your Samsung phone or tablet to PC with a USB cable. Choose Media device (MTP) on your phone if necessary.

Step 1Run Windows Media Player on computer, then the Music Library will appears.

Step 2Choose the music your want to sync to Samsung, then click Sync button on the upper-right corner.

By the way, it also can be a nice option for people who want to know how to transfer text messages from Android to Android.

That’s all for how to add music to Samsung Music app. If you want to flexibly transfer songs to Samsung from any iOS, Android, Mac or PC, using FoneLab HyperTrans is your most time-saving choice. You can move all kinds of music files to your Samsung phone directly. It just combines digital players together running different OS. Next time you want to transfer music and other large files to your new Samsung phone, you should not miss HyperTrans.