It would be convinient for you to have a photo backup, and you can move the photos via Facebook, Cloud service, Wi-Fi, USB cable and professional applications.

1. Ultimate Solution to Move Photos between Computer and Phone

If you need to transfer photos or other data from your iPhone, Android, iOS, computer without any loss, FoneLab HyperTrans will meet your need, which is an all-in-one phone transfer tool to move photos, convert HEIC files, backup data to a computer, add/delete in a batch process and even manage data in an effective way as it provides the following functions:

Once you have installed the program, you can launch it and connect the mobile phone to the computer with the original USB cable. It can recognize the connected Android phone or iPhone automatically. 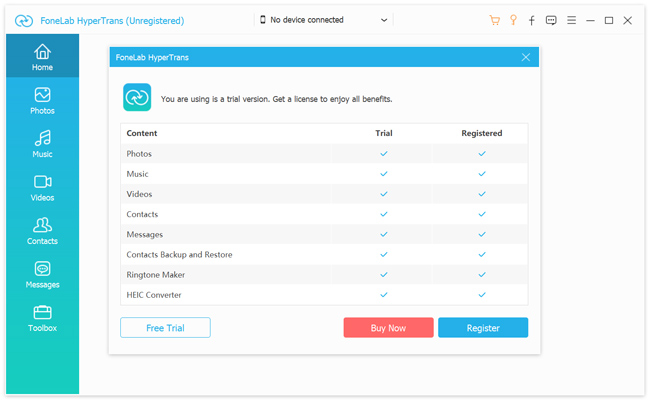 Step 2 Move photos from the iPhone to the computer

Click the Export to Computer option and select the output folder to move photos from the phone to the computer. You can select the desired photos one by one or just click the Check All option to choose all the photos. 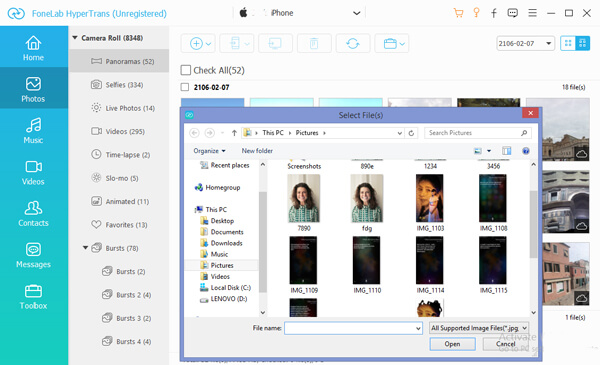 Other ways of transferring photos:

1. Transfer photos from computer to iPhone

Choose the Photos on the left menu, in which you can get all the photos on an iPhone. Click Add File (s) and select the photos you want to move from the destination folder on your computer.

Select the photos you want to transfer from the Photos. Then you can choose the destination folder to export the photos from the Android phone to the computer with one click. 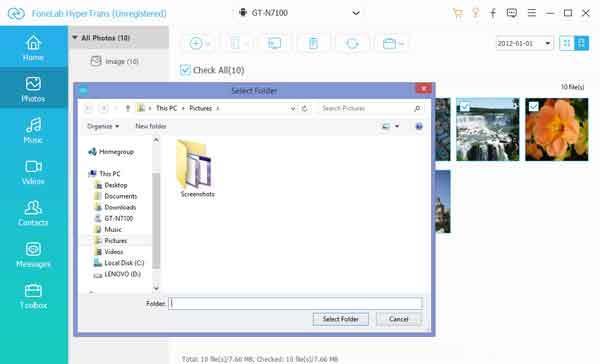 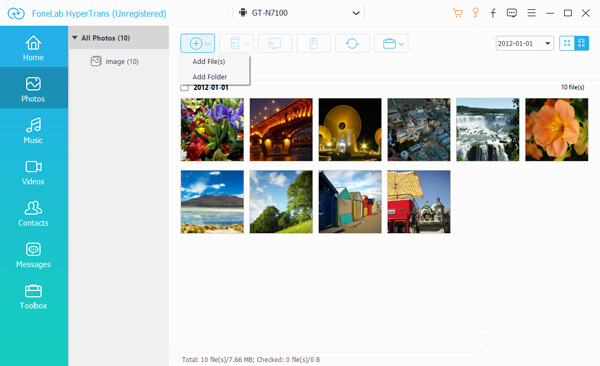 Besides the basic methods to move photos between computers and phones, you can also create albums for these photos on Android phone or iPhone, convert HEIC photos on an iPhone to JPEG to a computer, or remove them from phones directly with the program.

2. Solutions to Move Photos between Mac/Win and Any Mobile Phone

What are the most frequently used methods to move photos between computers and phones? Just learn more about the methods for iPhone, Android, Mac, and Windows as below.

Move Photos between iPhones and Windows

Transfer Photos between the iPhone and the Mac

Sync Photos between Android and Windows

Move Photos between Android and Mac

If you just need to transfer one photo from your Android to the PC, it should be an easy process. But if you have a large number of photos or multiple devices, FoneLab HyperTrans is the ultimate method to transfer photos between PC and any mobile phones. Moreover, you can also add, convert, edit and manage the photos with it in an easy way. More queries about how to move photos between computers and phones, you can share more details in the comments.