[Solved] How to Record Streaming Audio on Your Computer or Phone

As you know, you need to pay certain fees to own your favorite song due to the DRM protection. However, it is quite expensive if you want to download various songs legally.

Well, if you are on a tight budget, you can record streaming audio to solve the problem. Consequently, it is also supported to use it as an MP3 recorder to extract audio from YouTube music videos as MP3 files. Later, you can use the recording file as ringtones, background music or others.

In addition, there is no need to connect to the Wi-Fi network.

1. How to Record Streaming Audio with Audacity

Audacity is a free and open source audio recorder for Windows and Mac users. Thus, you can record streaming audio with Audacity for free. The supported output audio formats are MP3, WAV, AAC, etc.

However, you cannot export audio recording files as WMA, AAC, ACS or other proprietary formats.

Step 1Download Audacity from its official site on your computer.

Step 3Turn off the Software Playthrough option from Transport Options.

Step 5Click the red Record icon in the Transport Toolbar. 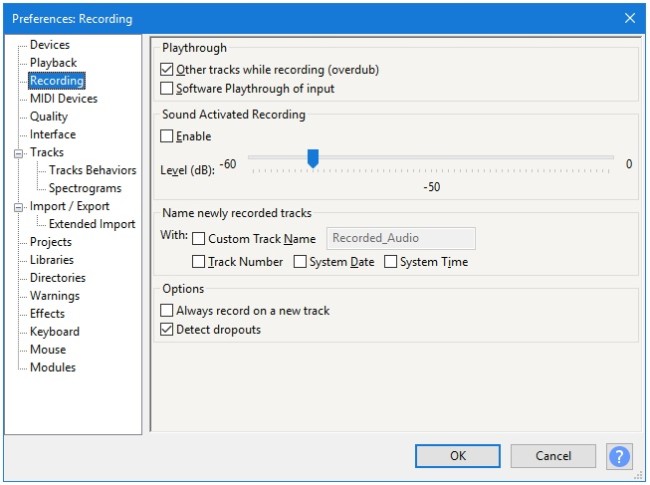 So how to record audio on your smartphone? Fortunately, both iOS and Android users can get satisfying results here.

It is supported to record audios with the built-in voice memo app. As there is not a voice memo app on iPad with earlier versions, you can update your iOS system to the latest version iOS 12 to get the app on iPad now.

Step 2Tap the red button on the bottom to begin the recording. Tap it again when it is done.

Step 3You can easily tap the three-dot icon to edit it, or tap the trash bin icon to delete it. 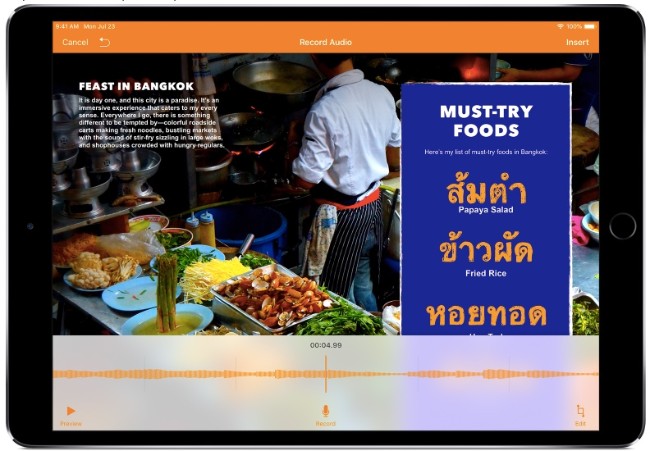 There are many brands and carriers of Android devices. So the built-in voice recorder app may change. You can look for apps named Recorder, Memo, Notes and more. Well, you can also download Audio Recorder from the Google Play Store.

Step 2Manage the audio recording mode and quality in the Record section.

Step 3Tap the Record icon to start a new recording.

Step 4Volume up or down the input audio if necessary.

Step 5Choose the Stop icon to finish the process. 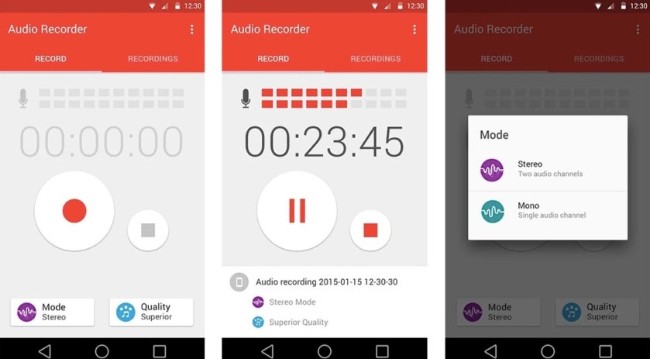 All your audio recording files can be found in the Recordings part. You can cut, share or do other changes within the application.

Way 2. How to Record Streaming Audio on Your iPhone or Android

However, you cannot record internal audio with above 2 methods.

While for Android users, you can easily download audio recorder app through Google Play and capture audio with ease.

Of course, you can use another phone to record streaming audio on Android or iPhone. However, the audio recording quality will be reduced due to noises.

Well, why not record streaming audio free on your computer? You can get the detailed overviews and tutorials from the following paragraphs.

Chrome has some extensions to enable users to capture screen, video and audio without downloading other program. There are different tools you can choose from Chrome webstore.

Step 1Go to Chrome Webstore, and then search capture audio in the box.

Step 2Check the details of tool, and click the Add to Chrome > Add extension in the pop-up windows.

Step 3After the download and automatic installation, you can click the extension on the upper-right corner, and then click Start Capture button to record audio you want. 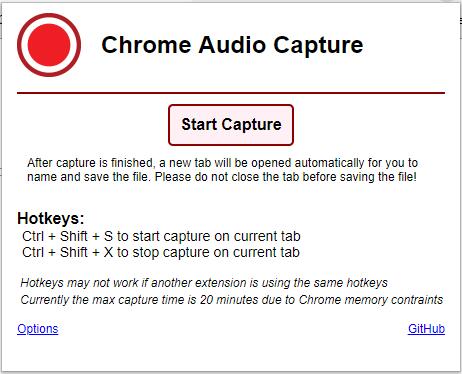 It is FoneLab Screen Recorder that allows users to record system sound and microphone audio together or separately. For instance, you can record streaming YouTube videos and save as MP3 or MP4 format with ease. It’s OK if you want to capture your voice while downloading online streaming audio.

In a word, you can record the audio coming from your computer without extra tools. Sounds pretty good, right?

2. Simple Steps to Record Streaming Audio from the Internet as MP3 Format

Free download and install FoneLab Screen Recorder. If you want to access more recording features, you can activate its account with your email address and registration code. Then choose the Audio Recorder for recording sound from your computer or microphone.

You need to turn on the System Sound option first. Move the Volume slider manually. Later, you can trigger on the Microphone option based on your need. The default output format is MP3. You can change the audio format and other settings by choosing More settings.

After all preparations, click the REC icon to start recording streaming audio from Internet or other programs. You can pause or resume recording without restrictions. When the audio recording process ends, a preview window pops up. Thus, you can preview the recording file first. Then click Save followed by Next to save the recording file.

Actually, you can record streaming audio on Mac or Windows PC from all sources. Both novices and professionals can capture any sound in high quality. If you are looking for powerful and easy-to-use streaming audio recorder software, you should not miss FoneLab Screen Recorder.